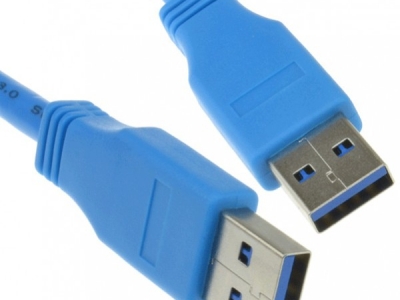 Are there differences in USB Types?

Thousands of devices are now charged via USB cables.  From mobile phones to portable Bluetooth speakers, from activity trackers to eReaders and most of us carry multiple cables for the home, office and car.  But is every cable created equal?

USB cables look alike at first glance and are technically universal, if they share the same type.  However, there are now different standards of USB ports and cables and subsequently different speeds of data transfer which makes them not universal with other types without using an adapter.  Aside from whether they are USB 2.0 or USB 3.0 or USB3.1/3.2/4.0 which we’ll come on to, every USB cable may look the same but their internal construction may be very different. This can lead to very frustrating charging times with the cable only charging at a reduced rate or not at all.

A USB 2.0 cable is probably still the most popular data transfer interface. USB 2.0 is found in the majority of modern peripherals where speed and power isn't too much of an issue.  A USB mouse or keyboard doesn't need to have a 10Gbs or 100Ws of power.

USB 3.0 is the third major version of USB standard for interfacing computers and electronic devices. USB 3.0 can transfer data at up to 5Gbps.

USB 3.1, was released in July 2013 with the new transfer mode SuperSpeed+ that can transfer data at up to 10 Gbps.
It also introduced the newest type of USB connector - the Type-C plug which connects to both hosts and devices, replacing various Type-B and Type-A connectors.  It can also be plugged in either way, making connecting much easier.

What is a USB Flash Drive?

A USB flash drive is a small portable device which uses flash memory to pull files from a computer hard drive and store them safely.  Its power comes from the computer via the USB connection.  A  flash drive has no moving parts and is more robust than a USB Hard drive, however, they are also much smaller.  Both a USB Flash Driver and a USB Hard drive will store there data when the power is disconnected.

What is USB Type-C?
The Type-C plug connects to both hosts and devices, replacing various Type-B and Type-A connectors.  Type-C is a new, smaller, oval connector shape which is reversible so it's easier to plug in. These cables can also carry significantly more power and can therefore be used to charge larger devices like laptops. They also offer up to double the transfer speed of USB 3.2 at 10 Gbps.

This standard of USB is the method of choice for mobile power delivery, for phones, tablets, netbooks, etc. and the evolution will continue as the data connections become faster.  There are many uses for USB-C and it is becoming more common in every day life with Apple laptops and most Android phones choosing to use this port. In many new cars and vans, USB-C ports are now common, allowing for faster transfer speeds for Android Auto and Apple CarPlay, plus the ability to fast charge your phone.

USB-C is only a connector and the speed, power and function is dependent on the host and device, plus the ability of the cable to perform in such way.  I.e. the wires in the cable must be thick enough to allow enough power to go through them.  The cable can only be short, and this is an issue for users.

What about USB 4.0?
USB4.0 is a new specification for a new generation of USB connectivity aimed to simplify the USB standard to one connection type (USB-C) improving data transfer speed to 40Gbps. It also has compatibility with Thunderbolt and previous USB versions, plus upto 100W of power.

USB-IF have also introduced a Certification programme for USB4.0, so you know when buying a USB4.0 cable that it will perform to the required standards.  This increases the price of the cables, but gives you piece of mind, that the cables aren't substandard and therefore could cause issues with your devices.